Home
Windows
All You Need to Know About IDP.Generic

A very familiar term, an IDP.Generic virus that appears on antivirus software windows when the generic malware gets specified. This IDP.Generic virus is not related to a particular file it may cause damage to many other files in the computer system. Most of the times it detects as false positive which means you need to update to new version to keep your system safe.

What is IDP.Generic Trojan

When computer get alert of such virus it can usually be two things. It can either be a false positive or it can be a true computer virus (Trojan).

Should I Ignore IDP.Generic

Absolutely not! Although it may consider as false positive by many users, it may block us from executing specific programs, and this may prove dangerous for the computer system. We do not depend on other user’s report because different people possess different views.

I will suggest you to use another antivirus program. Install another antivirus and scan the full computer. It can show if the files actually contains a virus. Doing so could save you from a lot of inconvenience.

What cause the IDP.Generic False Positive

The main cause of the IDP.Generic false positive is an outdated antivirus. Many computer users review their opinion that when they updated their antivirus software, the issue was resolved. This means that you should absolutely updated your antivirus program.

If you get stuck with temp folder it may be virus. You should delete it first. If you faced problem after updating the antivirus software then, I will suggest you to change your antivirus so that you keep your system safe from virus.

What should I do if I find a false positive?

If you find a false positive then first you should take out your file from the virus vault. It is because your antivirus software will stop it. Now follow these steps to prevent the files from giving  false positive in future.

Step 1 – First, go to Avast antivirus application and open it. After that a dialogue box will open. Then go to protection which lies below the status.

Step 2 – Then, select the virus chest which is in the middle of the antivirus and sandbox.

Step 3 – In an open dialogue box after delete and restore there is option of restore and add to exclusion which you have to select.

In conclusion, IDP.Generic is very common so, there is no need to worry instantly. Always be careful while you are downloading the new apps or program. Updated your antivirus and keep your PC safe. 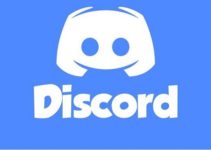 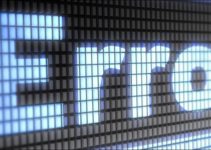